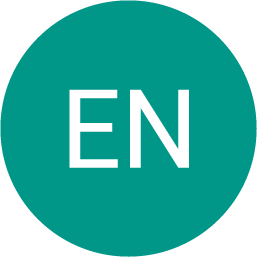 Which is better: war or peace? Unfortunately, wars occur in our life quite often. The majority of people believe that war is the worst thing that can happen. But there are people who have opposite opinion. They consider war to be one of the effective ways of resolving a conflict. So, who is right? What is war for mankind? If you want to know my opinion, I think that there is nothing worse and terrible than war. First of all, war is death, blood, starvation, cold, diseases, destruction and children’s tears. The most serious consequences of wars are human victims. The Second World War was one of the largest wars in human history and one of the most dramatic military conflicts of the XX century. It involved 61 states, the war actions were held on the territory of three continents and in the waters of four oceans. It is known that the death toll of the Second World War is estimated to 65 million; in the Soviet Union the number of victims exceeded 27 million people. We also must not forget about genocide in concentration camps – places of mass extermination of millions of people. War takes away hope, breaks fate, makes to give up the future and dream, takes away the closest and dearest people — grandfathers, fathers, husbands, sons, brothers… However, war is awful not only because of casualties and sufferings. Wars have a negative influence on the ecology of our planet. The development, production, manufacture, testing and storage of weapons are really serious threats to the environment of the Earth. Military maneuvers disfigure the landscape, destroy the soil, poison the atmosphere, destroy ozone layer, cause forest fires. The weapon of mass destruction is a serious threat. Wars, especially with the use of these weapons can cause ecological disaster. That is why many countries oppose the war in Syria. But there are people, who have another point of view. They consider war to be a common phenomenon that has many positive aspects. According to their opinion, war is the most powerful engine of technological progress and economic development. Scientists have to invent new types of weapon, vehicles and more advanced techniques in a very short time. War is the force that makes people create, invent something new and produce with the greatest speed. Due to war, economy, science and technology develop with a great boost. Besides, they claim that wars can help with the problem of overpopulation of our planet. I am afraid I cannot agree with these people as I strongly believe that the negative effects of the war outweigh the positive ones. Nothing can be compared with horrors and tragedies of the war. In conclusion I would like to stress once again that modern wars are dangerous and threaten the humanity. There are not winners in war, only losers and all countries should come to the conclusion that we must not use war as an instrument of policy. I agree with the great American president John F. Kennedy who once said, “Mankind must put an end to war before war puts an end to mankind”. I believe that all people on our planet must act against wars. We should live as one big family in peace and love. Let us say together: «NO WAR!»